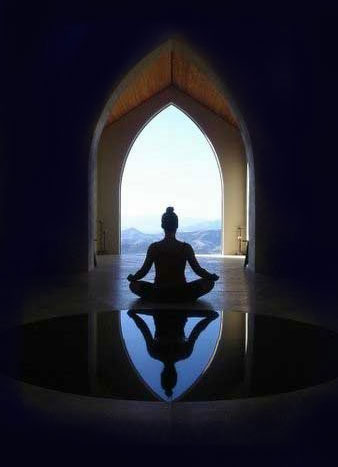 THE Cheyenne say that “our first teacher is our own heart,” but  mainstream science offers few apples to our inner instructor.

THOSE attracted to Theosophy and to Occultism are becoming every day more numerous. With every inquiry lies the potency and promise of genuine spiritual development.

The Masters of Wisdom in every age set up no barriers against any one’s approach. Their works and lives are not limited to adepts, saints, and the “purest of heart.”

The humblest searcher would not be made to feel discouraged by the sense of his own shortcomings, or by the perception of the… Continue

UNDERPINNING the universe is not gravity as taught today, but an electric vital power, according to Theosophy.

Notwithstanding, physicists are still stuck on gravity to support their “standard model”—that the weakest of forces rules the entire universe—about which, admittedly, they know not much.

Gravity is mathematically incompatible with the quantum laws that govern subatomic particles, and that “leaves 95 percent of the universe unexplained” writes Dennis… Continue

“THE PAST, the Present, and the Future are, in the esoteric philosophy, a compound time,” wrote Helena Blavatsky, “for the three are a composite number only in relation to the phenomenal plane—but in the realm of noumena have no abstract validity.”

Our generally accepted worldview of duration and time “are all derived from our sensations according to the laws of Association,” explained Blavatsky.

And according to a precept in the Buddhist Prasanga-Madhyamika… Continue 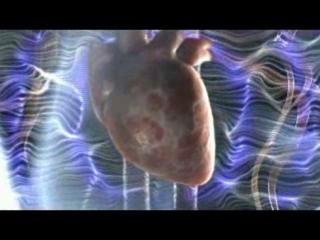 THE Cherokee say that “our first teacher is our own heart,” but unfortunately our western science has rewarded that teacher with very few apples.

Mainstream medicine still looks at the heart as only a mechanical pump.

That view is beginning to change. The Medical Community is being challenged to expand its thinking about human biology, health, and wellness. How comes our physical body to the state of perfection it is found in now? Through millions of years of evolution, of course, yet never through, or from, animals, as taught by materialism.

"For, as Carlyle says: — 'The essence of our being, the mystery in us that calls itself ‘I,’ — what words have we for such things? — it is a breath of Heaven, the… Continue

THE idea that things can cease to exist and still be, is a fundamental one in Eastern psychology. Under this apparent contradiction in terms, there rests a fact of Nature to realize is the important thing. 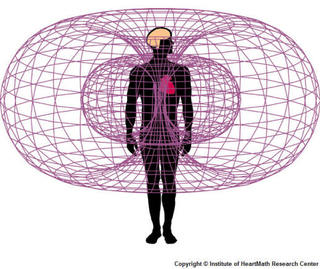 EVERY organ and cell in the body has a field, by which it mysteriously networks with every other organ and cell. The heart and gut talk to the brain. And the brain’s holographic networks are due to the noetic fields of its cells and neurons.

The Field is the underlying mechanism of healing, of thought transference, gene behavior, and the way the environment influences us — it is the real “secret” behind the power of intention.…

ANCIENT SAGES taught that this physical world is interpenetrated by a series of increasingly ethereal worlds or fields, composed of energy-substances beyond our range of perception.

The fields closest to us are referred to as the “astral light.” It is already confirmed by science that the fundamental building block of matter is energy. And all physical life, from crystals to the atoms and cells of our body emit this energy in the form of photons—waves and particles of… Continue

THESE ARE transformational times, and new orders of thought based on ancient verities are seen flowering once more.

A growing number of New Thought leaders are fostering a welcome shift in human consciousness.

It is a revolutionary shift. The seeds of change evident throughout the 20th Century, and now in the 21st, were sown in the 19th—sparked by the Theosophical Movement.…

A COMMON SENSE critic of scientific pretensions, who has wit and sanity united to an elevated moral intelligence, is refreshing to the soul.

Such is Mary Midgley, dubbed by the Guardian, January 13, 1971, “the most frightening philosopher in the country”—today, at age 89, she is still receiving accolades, and still taking no prisoners.

“…the real trouble with the mind-body problem centres on… Continue

Helena Blavatsky was the first to refer to nature spirits as elementals.

“Some classes of elementals… have an intelligence of their own and a character…”
and….

“A plant can be receptive or non-receptive, though every plant without an exception feels and has a consciousness of its own. But besides the latter, every plant—from the gigantic tree down to the minutest fern or blade of grass—has, Occultism teaches us, an Elemental entity of which it is the outward… Continue

Ever drifting down the stream–
Lingering in the golden gleam–
Life, what is it but a dream?

WHEN our rational brains are all heated up, arguing life’s complexities, that’s usually the best time to kick off our shoes and give it a rest.

When faced with a critical decision, or stuck on a complex problem,… Continue

SPACE, time, matter and consciousness are omnipresent. But in science, a fundamental problem is created because they are considered independent things—a mistaken starting point for unlocking the nature of reality.

Their view is sustained because “most researchers still believe they can build from one side of nature, the physical, without the other side, the living,” writes Dr. Robert Lanza, in the May, 2009 book Biocentrism:… Continue

“I produce myself among creatures whenever there is a decline of virtue and an insurrection of vice and injustice in the world; and thus I incarnate from age to age for the preservation of the just, the destruction of the wicked, and the establishment of righteousness.” -… Continue

“That which ye sow ye reap. See yonder fields! The sesamum was sesamum, the corn was corn. The Silence and the Darkness knew! So is a man’s fate born.” -The Light of Asia

BREAKING UP is hard to do. Even after worldviews have betrayed us, they still cling like burrs in our psyche.… Continue